I have been driving past the California Hotel for months now, possibly years even looking at it’s dilapidated exterior, it’s smashed windows like a gapped toothed smile. I have often wanted to go in and shoot it, but the because it’s winter here I haven’t been lucky with the light.

Today Melbourne and Mother Nature shone on me; figuratively and literally. The light was perfect. 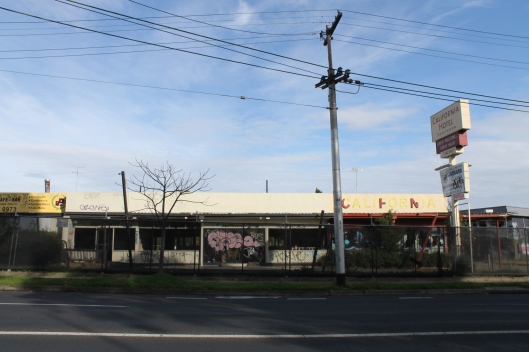 This is the California Hotel. It has been abandoned for as long as I can remember. It must have been quite a large hotel because behind this restaurant is two floors of sprawling motel style accommodation. At least, it was once. The squatters and the graf artists and the delinquents have been in and trashed/renovated the whole place. 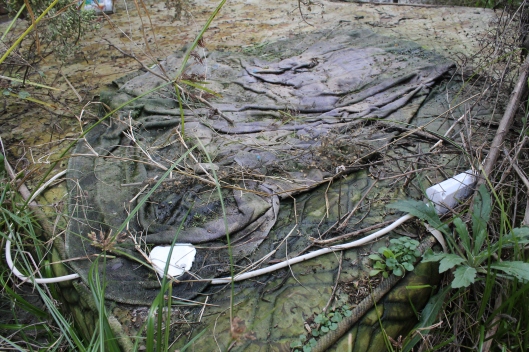 At the back where the fences don’t go I found this. It is a rain and moss strained mattress with the remains of an electric blanket on top. The thing that fascinated me about this is that the electrical cord is so white against the mattress which is so stained and has been left out so long that the grass has started growing from it. 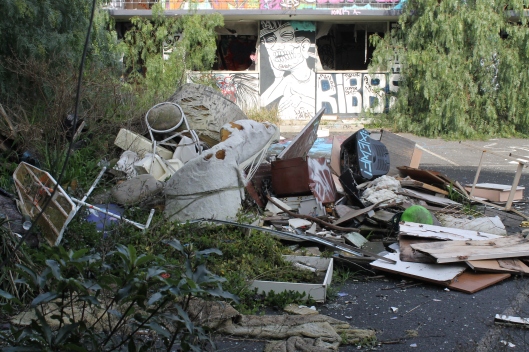 This was a pile of rubble that had presumably been tossed out be revellers when the place was closed down eons ago, again if you look closely in the bottom left the plants are starting to take over.

There was smashed glass everywhere, crunching under my feet as I made my way around the compound. While I was there two other photographers turned up, I said hi. This glass was glinting in the sun, I thought it looked particularly arty – almost like it had melted there from a dripping glass sky. 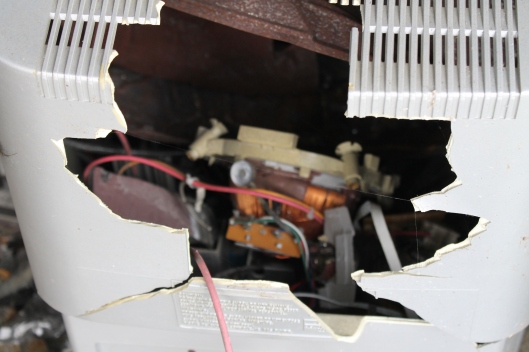 I didn’t realise when I took this photo that the camera had focused on the spiders web running across between the shards of the casing. But I think I like it better this way – beauty coming from destruction. 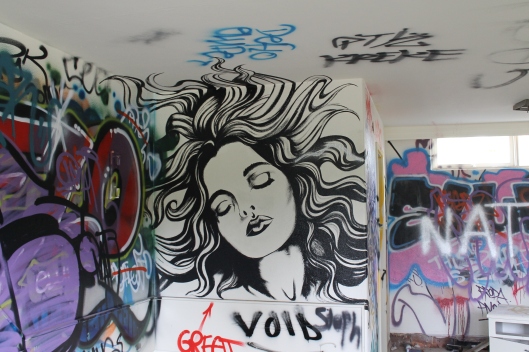 The other thing that really inspired me about this whole place was that even though everything was covered in tags, sometimes tags over tags, the windows and mirrors (and just about everything else) were smashed, there were a few beautiful pieces of graf art that were not tagged over. This serene woman’s face was the best of all of them in my opinion, so out of place in the scene and yet untouched. 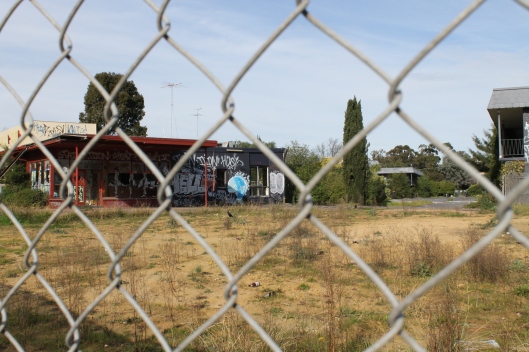 Looking back from the street you can see the buildings stretching back from the right side. I was not game to go upstairs, although I’m sure there was some fantastic photo opportunities up there. I noticed the crows too, picking there way through the sun bleached ground, it looks so desolate.