We’re less than three weeks away from the opening night of my first ever Melbourne Fringe Festival show: Fleur and Alexandra Save the World.

I am approximately equal parts terrified and exhilarated. We still have a lot of props, sets, and costumes to finish, but the script is solid, we have a venue and most of the other important stuff is set up and ready to go.

I’ve learned while preparing for the show that I know more of my lines than I thought I did, which is a massive relief. On the other hand the terror of performance will probably mean I forget them all. So we’ll have to wait any see.

I’ve also learned a lot about making foam puppets, which is pretty cool. I’ve also learned that they totally look like fake boobs for the first little while! Until you put eyes and mouths and stuff on them. 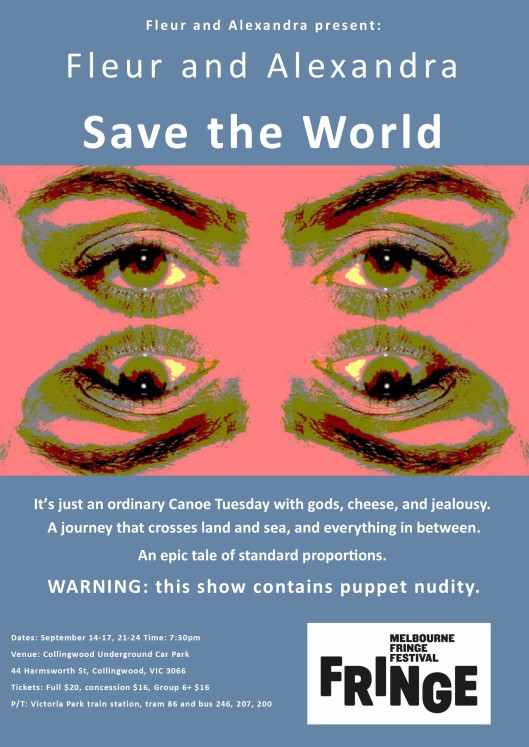 Someone asked Alexandra, my Fringe partner, why she did it. It seemed like such an odd question! As with a lot of creative impulses, you don’t really know why, you just know you have to. You know that if you don’t, you’ll get sad. You know that it brings you joy, and hopefully, brings joy to others too.

Come be joyful with us! Opening night is 14 September,  tickets are available on the door and through the Melbourne Fringe Festival.

4 thoughts on “The things you learn”