On Wednesday I visited my mum and sister at the beach. When I was a kid we rented a house down the on the Mornington Peninsula each year for a couple of weeks, now my mum and sister carry on the tradition – this year, as usual they were at Balnarring.

I went down to visit partly so I could try my hand at sunset pictures at the beach and I think I got some nice ones: 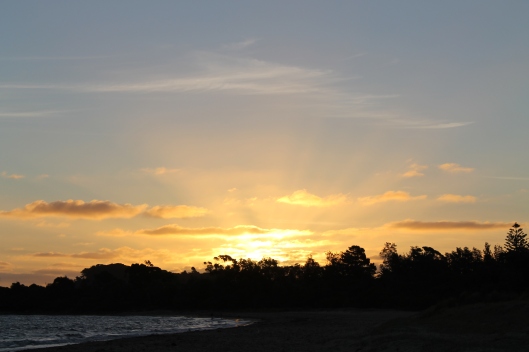 This is probably my favourite of the set! Awesome rays over the forest with the beach in the foreground. 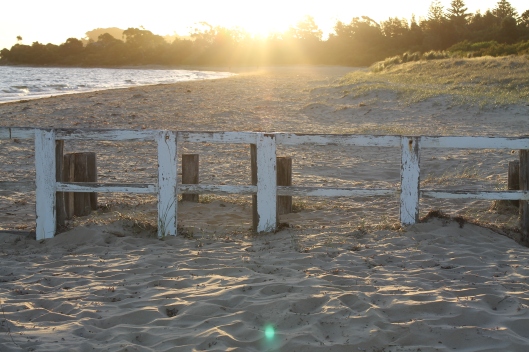 This was slightly earlier and slightly further away from the foresty part, with the pier in the shot. 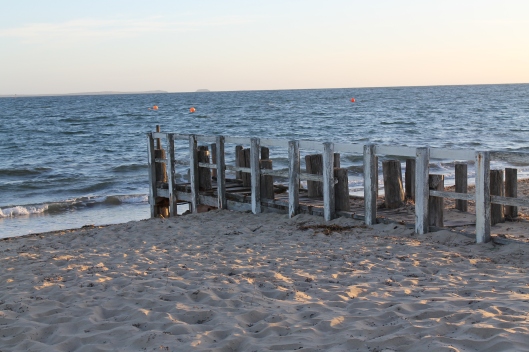 Another view of the pier – it’s so old I remember it looking decrepit when I was a kid! 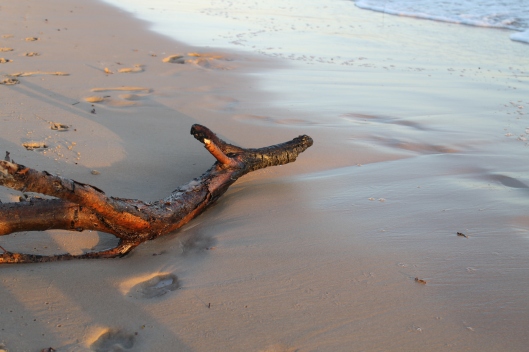 I really liked this piece of driftwood. I was trying to catch the way the water was running off the end as the wave receded but after a few shots I still couldn’t get it – more practice is required!

I like that in this one the beach and the wave line all sort of point towards the flaring sun.

I think this one could work well as one of those footsteps in the sand posters – it would work better if there were no other people in the shot but oh well! When I’m rich and famous I’ll be able to have my own beaches.

These last two were around the corner at the next beach. This shot was one of a series where I was trying to get a really good action wave shot (the waves weren’t very big so the action isn’t very exciting). The responsiveness of the camera is amazing! My old point and click was so slow!

This last one has some lovely sky colour gradation and I liked that the only cloud in the sky is highlighted so well.

I am really getting into this whole nature, sunset, cool colours stuff so look out for more of that in the future!