Some of you may have realised by now I have feminist leanings. If you haven’t you haven’t been paying attention.

I recently came across a campaign called Get Hairy February. Founded by Alex Andrews, the concept is simple; grow out your body hair for the month of February, spruik the bush, get people to pay you money for it, and the money gets donated to organisations working with people experiencing domestic violence and sexual assault.

For more info about what the campaign stands for, background and further reading, go to their beautiful website. 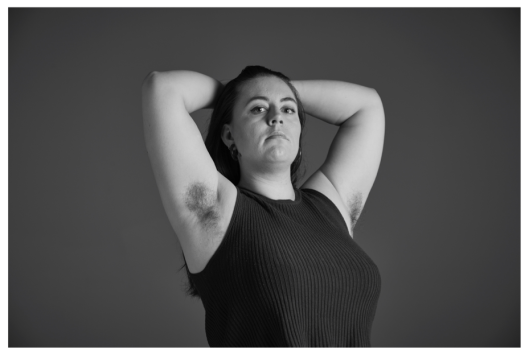 Me, with bush, photo by Jamie MacFadyen, courtesy of Get Hairy February.

A while ago a Facebook group I’m in put out a call for women who choose not to remove their body hair to model for this campaign.Of course I put my hand up!

The shoot was held in an enormous warehouse/photography studio in North Melbourne. There were seven women involved, including the founder Alex. Photographer Jamie MacFadyen was behind the camera and, under direction from Alex, helped with the art direction.

As well as individual photos I participated in some group ones, you’ll have to follow GHF to see those. The two photos in this post will be used for publicity for Get Hairy February on social media. Everyone involved volunteered their time, and were lovely to work with.

I also had the opportunity to speak with Alex about what my hairiness means to me. Talking with her, I realised how much internalised misogyny I carry around with me, especially about the hair. Externally it may appear that I don’t care what people think of my gender presentation and my hair but I do. I don’t want to be shouted at in the street because I don’t see the point of adhering to beauty standards that involve painful and time consuming removal of my natural hair.

Then again, I frequently wear make-up, I wear sleeves and stockings at work, but I tell myself it’s to cover the tattoos on my arms, and not the hair under them. I guess how I present myself is not an all or nothing affair.

Now that I’m one of the faces of the campaign, I’ve signed up to fundraise. Go here to donate to my page: https://www.gethairyfebruary.org/fleur-blum

I encourage you to free the bush, even if it’s just for February. If your bush is already free wave it in the wind! If you have some money, give it to the campaign, it’s good. 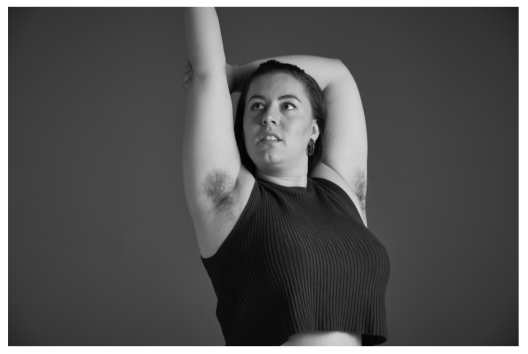 Me, with bush, photo by Jamie MacFadyen, courtesy of Get Hairy February.

Last night I was at an event and I saw something I didn’t like. I was at a concert set up in the Royal Botanical Gardens in Melbourne. I know the woman who runs the ticketing so I get to go to the concert for free in exchange for scanning tickets. I get paid too, but that’s not why I go.

So I was stationed outside the (very poorly sign-posted) VIP area. My job was to give people wrist bands when they showed me their ticket and then make sure that only people with wristbands went into the VIP section. I had a security guard with me keeping an eye on things. 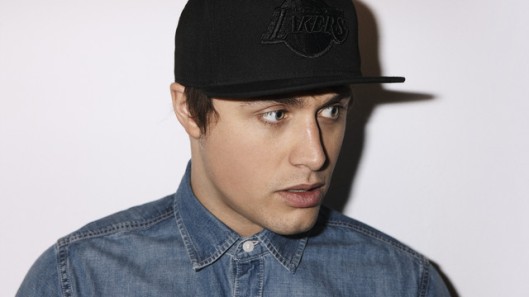 Illy, performed at The Royal Botanical Gardens in Melbourne 18 November 2017, and was not involved in the incident in any way. Image taken from Illy’s publicity materials.

It was between sets, Thundamentals had just finished and the headliner, Illy,  was due to start in about 20 minutes when I saw it.

A man and a woman, in the VIP area, standing near the fence. They were clearly having a fight, the woman was crying. Then the man grabbed her by the back of her neck and put his head close to hers.

It had now gone from watching a couple have a tiff to witnessing an assault. The security guard next to me, a 53-year-old woman of Macedonian descent (I know both of these things because she told me), saw these two and stiffened but made no move to approach them.

I watched as the man spoke in her ear for several minutes. He released his hold on her neck. She moved to stand a foot or so away from him, arms folded. He held her upper arm and continued to speak to her.

I was too far away to hear what was being said but it was clear he was belittling her. He then hugged her. The first time he tried to embrace her, she flinched away, he went in again and she let him, but made no move to hug him back. The security guard seemed to relax, we both thought that maybe the situation was deescalating.

About five minutes later the woman pushed him away. I heard him say something along the lines of ‘you may as well just go home then, you stupid cunt.’ She left the VIP area, and I watched her walk to the exit. I kept an eye out for her for the next half an hour, till  the end of my shift, and she didn’t come back.

‘It’s better that they should be separated,’ the security guard said to me.

‘I was about to go over there myself,’ I said.

‘Yes, but you never know when it will go up.’

I had chosen my own comfort and safety while watching another woman, a woman who was clearly accustomed to being treated terribly, being assaulted.

Later another woman, a punter, came up and asked the security guard whether we’d seen it and why we hadn’t intervened. The security guard gave her the same explanation that she’d given me; that we don’t want to escalate into something more dangerous for her and for us.

But that seemed wrong to me. How can I feel comfortable standing by as a man assaulted a woman, threatened her, bullied her, destroyed her self-worth and reinforced his insidious hold over her? How can I justify that my inaction with the platitude that if I intervene it might be worse? She thinks she’s alone; that people around her didn’t care, or worse, that they thought she deserved it.

The whole thing made me feel dirty. I was complicit in the perpetuation of male violence against women by my inaction.